You are here: Home / General / Pope SWCD Recognized as 2016 SWCD of the Year 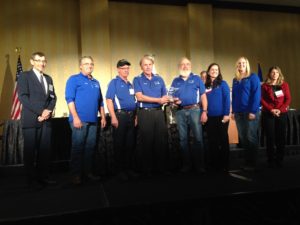 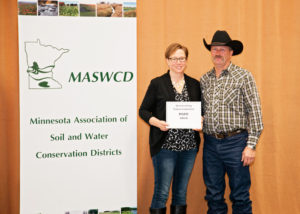 Pope SWCD board and staff attended the Minnesota Association of Soil and Water Conservation District Annual Conference December 4-6 in Bloomington, Minnesota.  Pope SWCD nominated Paul and Barb Koubsky as this year’s Outstanding Conservationist for Pope County.  They were recognized at the convention during a luncheon on Tuesday, December 6th.

Pope SWCD was also named as the 2016 District of the Year.  This award is given to only one SWCD in the state that has shown leadership and has gone above and beyond in its programs and activities.