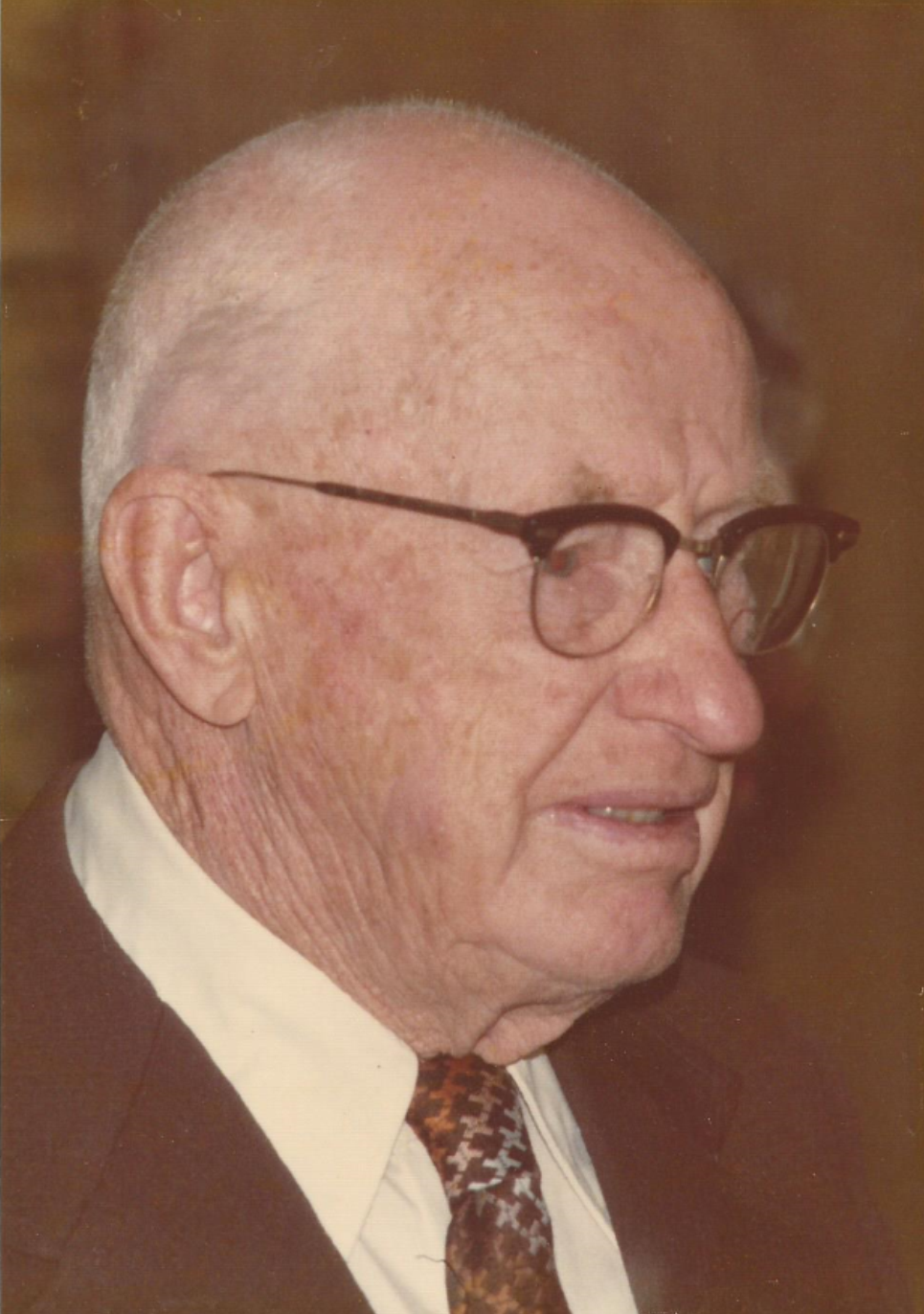 Herman Rosholt and his wife, Olga, purchased a farm in New Prairie Township in 1938. Rosholt had previously farmed in Otter Tail County—both as a youth with his parents and then again in the 1920s—and homesteaded in Opheim, Montana right after he graduated from Luther College, Decorah, Iowa in 1913.
During the decades he farmed near Cyrus, Rosholt was active in local government and various conservation organizations. He helped establish the Pope County Soil and Water Conservation District in 1948 and at various time served as chairman, vice chairman, secretary, and treasurer.
In 1959, he was one of the organizers of the Barnes Aasted Research Association which was instrumental in locating the North Central Soil Conservation Research Center in Morris, and he was chairman of the board and director of the Association for many years. Rosholt was appointed to the Minnesota State Soil Conservation Commission by the governor in 1961. From 1965-1971, he was a member of the National Association of Soil and Water Conservation Districts Research Committee
As a member of the Pope County and WesMin Resource Conservation and Development project from 1963-1973, he helped develop a number of resource projects, the largest of which was Bonanza Valley. He was instrumental in contracting the U.S Geological Survey to do a groundwater study there in 1966-1968. He spearheaded the fundraising campaign in Pope County and served as the chairman of the Bonanza Valley Steering Committee from 1966-1972. Rosholt received a Distinguished Service Award from WesMin RC&D in 1973.
Rosholt was honored with the Distinguished Service award from the Minnesota chapter of the Soil Conservation Society of America (now the Soil and Water Conservation Society) in 1964 (only the second farmer to receive this honor) and in 1974 received the National Honor Award from the SCSA.
Rosholt died in 1980 at the age of 90. His son, Donald, lived on and farmed the family’s land in New Prairie Township in the 1980s and 1990s, and the farm remains in the family today.